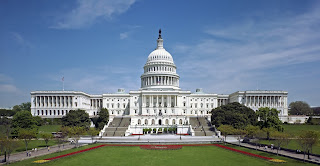 Some of you who follow this blog may not realize that I am a published author of two books, one published by a university press and the other published by a respected New York publisher.  This means that both books faced the scrutiny of scholars or other knowledgeable reviewers to examine my research and reasoning.  For one of my books I was recognized as the Georgia Author of the Year for Nonfiction during the time we lived in Atlanta.  Both books dealt with history and the American Constitution.

I mention this to explain my motivation to devote nearly a decade to researching and writing a book about the late 1800s from the perspective of a community in southcentral Kansas.  The community in which I grew up was part of a movement strong and successful enough to have created a third party that challenged the two old political parties.  The People's Party of the late 1800s, created largely by farmers, laborers, and small businessmen, was one of the most, if not the most, successful third party in America's history.  Many people living today have never heard of the People's Party, although their ancestors may have been a part of the Populist Movement.

They believed ordinary Americans mattered, and they believed in our Constitution.  What they also believed was that education is essential if America is to work as the founding fathers intended.  They knew what the Constitution said and how it was meant to work.  Although the People's Party faded into history, their movement left behind many of their goals, assimilated by the two old parties and adopted into laws we accept today without recognizing their roots in the forgotten People's Party.

In a past post, I shared the words of Supreme Court Justice Antonin Scalia (1936-2016) from a speech he gave in 2011.  Although he acknowledged that most Americans consider the Bill of Rights  the source of America's greatness, he disagreed.  "The real key to the distinctiveness of America is the structure of our government," he insisted.  In other words, the separation of powers--a President, a House of Representatives, and a Senate, each operating as a check on the others is the source of our greatness.  As Scalia said, we Americans should "Learn to love the separation of powers..."

The founding fathers did not want our government to be a smoothly operating machine where there was no debate, no conflicting perspectives.  The House of Representatives has members elected by voters from various districts within their states, a mix of urban, rural, conservative, liberal, multiracial, of different faiths, educations, and income levels.  The Senate has two members from each state and must consider the entire population of the states each represents.  While these Representatives and Senators serve the people who elected them, they are not compelled to ignore their own knowledge nor conscience, and they are entitled to benefit from their own experience and judgment in deciding matters that come before them.  What amazing wisdom the founding fathers showed in creating America's unique system, with the checks and balances necessary to represent such a diverse citizenry.

James Madison said it well:  "The great security against a gradual concentration of the several powers in the same department consists in giving to those who administer each department of the necessary constitutional means and personal motives to resist encroachment of the others.  ...It may be a reflection on human nature, that such devices should be necessary to control the abuses of government.  ...In framing a government which is to be administered by men over men, the great difficulty lies in this:  you must first enable the government to control the governed; and in the next place oblige it to control itself."

So long as the men and women we send to Washington remember their responsibilities under the constitution, America will be great, but when they forget their personal responsibility to serve as the check and balance on our system of government, the very foundation of the Constitution begins to crack.

In Isaac Werner's time, the common man had begun to believe that those they sent to Washington and their state capitals were answering only to the wealthy, and they formed a third party to remind their elected leadership of the corruption of power and the danger of serving only one segment of the population, or of forgetting the importance of each of the three parts of our system checking and balancing the other two.  Every generation needs to be aware of what truly makes America great and every generation needs to remind those they elect of the danger of forgetting that the abuse of power can eventually be cast back on them when they are no longer the ones in control.

The Populist Movement had its roots in Texas, but at the peak of the movement, Kansas was at its center.  Finding the Journal of Isaac Werner was an exciting discovery, and it was his Journal that enticed me to learn more about the Populist Movement.  My Civil War veteran great grandfather did not join the movement, but two other great grandfathers that lived in the community did participate.  Perhaps some of you who follow the blog also had family in Kansas during the late 1800s that may have been part of the Populist Movement.  I hope my blog acquaints you with a historic political movement that swept our state and in which your ancestor might have been a part.