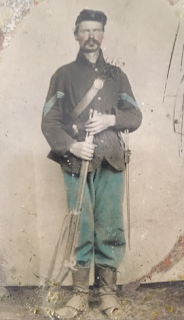 My Great-grandfather was a Union Soldier, and he served for 3 years.  For the rest of his life, he voted republican, as many Union Soldiers did, for the republican party was the Party of Lincoln, and having served him for those three years as a soldier, it was because of Lincoln that he continued to serve his party.

He passed that tradition down to his son, my Grand-father, who did not serve in the army but who did serve in the Kansas House of Representatives as a republican.

Continuing the family political tradition, my father was also a republican, serving as a County Republican Chairman, and like his ancestors, voting republican.  Although my mother's family voted democrat, Mother accepted the Beck tradition of voting republication when she married my father.

Kansas was populated after the Civil War by many men who had served the Union during the war, taking advantage of a year's credit for each year of service for the Union toward the 5 years required to mature a homestead claim.  Like my Great-grandfather, many, if not most, of those men voted for the rest of their lives for the party of Lincoln, as did their descendants, down to the present time. 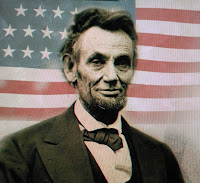 I do not know the ancestry of Bob Dole or whether he had ancestors that served in the Civil War.  What I do know is he bravely served his country in W. W. II and that he carried the physical consequences of that service for the rest of his life without bitterness, and with the desire of continuing service for his country.  That service was done as a Republican--in the House, in the Senate, as a Vice-presidential nominee, and as the Republican candidate for President.  His sense of duty to American Soldiers never waned, nor did his loyalty to Lincoln's Party.  In fact, many of his sayings share a strong resemblance to Lincoln's quotes.
In honor of the passing of Senator Dole, I would like to share some of those similar quotes.
Dole:  "You don't go out and hurt somebody's feelings, we have opponents and not enemies in this business."
Lincoln:  "Do I not destroy my enemies when I make them my friends?"
Dole:  "Those who cultivate moral confusion for profit should understand this:  we will name their names and shame them as they deserve to be shamed."
Lincoln:  "You can fool some of the people all of the time, and all of the people some of the time, but you can not fool all of the people all of the time."
Dole:  "I think voters believe that when you become president of the United States, you have a higher obligation and a higher standard than anybody in the world, ...and if you violate that standard, they're going to remember it on election day."
Lincoln:  "Character is like a tree and reputation its shadow.  The shadow is what we think it is and the tree is the real thing."
Dole:  "Something is wrong with America.  I wonder sometimes what people are thinking about or if they are thinking at all."
Lincoln:  "America will never be destroyed from the outside.  If we falter and lose our freedoms, it will be because we destroyed ourselves."

Although Senator Dole's sharp tongue and absolute commitment to the Republican Party sometimes led to criticism, this quote from Dole at the 1996 Republican Convention left no question about the Party in which he believed.

"The Republican Party is broad and inclusive.  It represents many streams of opinion and many points of view.  But if there's anyone who has mistakenly attached themselves to our party in the belief that we are not open to citizens of every race and religion, then let me remind you, tonight this hall belongs to the Party of Lincoln.  And the exits, which are clearly marked, are for you to walk out of as I stand this ground without compromise."

Dole was a Trump supporter to the end.