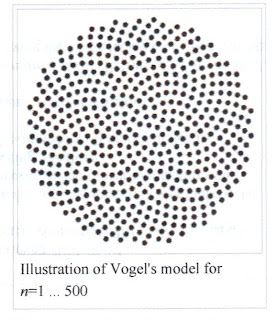 Isaac loved the beauty of wild flowers spreading color across the prairie each spring.  He loved the fragrance of the catalpa blossoms and looked forward to the blooming sand hill plums.  (See blog archives for "Isaac's Catalpa Trees," May 30, 2012, and "Sandhill Plums," March 1, 2012.)  As for sunflowers, however, his feelings were directed toward their tendency to rob soil moisture from his crops, and he devoted his time to hoeing and plowing them rather than admiring their beauty.
Sunflowers are native to the Americas and were used by many indigenous people long before Europeans arrived.  Not only were the flowers planted in their gardens, along with the traditional corn, beans, and squash, but sunflowers also served as the symbol for their solar deity.  The early Spanish explorers found sunflowers growing in the New World and took the seeds back to Europe.
Among the countless newspaper clippings saved by my mother-in-law (mostly weddings, births, and obituaries) were two news stories from 1977 about Kansas farmers experimenting with commercial fields of sunflowers.  The Kansas Farm Bureau News reported that Pratt County farmer, Verlin Killingsworth had tried his first field, hoping for 3,000 pounds per acre, anticipating 2,500, and actually harvesting between 900 and 950.  The crop suffered hail and head moth, but Killingsworth was "disappointed with the yield but not discouraged."  Under the headline, "Farmers hope state flower will turn into moneymaker," the Hutchinson News reported that farmers were turning to sunflowers because of "low wheat prices and a dry year."  The article quoted Professor Stegmeyer of Fort Hays State University as saying "about 50 percent of the sunflower crop grown in the United States is exported to Europe."  Nearly four decades later, the Kansas State University Research & Extension website reports that there are currently about 250,000 acres of commercial sunflowers grown in Kansas.
Today, commercial sunflowers are grown across the plains, from North Dakota and Minnesota to Texas, but they are also grown in Indiana, Michigan, Pennsylvania, and Georgia, according to the Texas A&M University Research & Extension Center.  The seeds are marketed for human snacks and bird seed, and planted by hunters to provide a food plot for wild birds.  A high quality vegetable oil can be extracted, and the resulting meal can be utilized as a protein source in livestock feed.  Even the fibrous stems can be used in paper production.  Many of today's sunflowers are hybrid varieties, and yields on dryland fields range between 1000 to 1400 pounds per acre, increasing about 50% in irrigated fields.
By now you may be wondering why I used the mesmerizing graphic at the beginning of this blog.  The answer is that it illustrates the pattern of florets in the head of a sunflower.  What we call the flower is actually a "flower head," also called a "composite flower."  The circular head contains hundreds of the disc florets that mature into seeds, and these florets are always arranged in a spiral pattern.  The mathematical model for this pattern was proposed by H. Vogel in 1979 and the illustration is a computer graphic of his formula.  The spiral pattern can also be clearly seen in the close-up photograph of the sunflower at the left.
Isaac and the Sunflowers--Part 2 to be continued next week...
Posted by Lynda Beck Fenwick at 11:54 AM

I didn't realize that the sunflower was a North American native. Sunflowers and hollyhocks are so traditionally Ukrainian (though I don't see them so much anymore) that I thought they must have originated here.
A couple of websites for you regarding the pattern of sunflower heads:

Two great websites...a little over my head, but interesting anyway!

I'm going to have to look more closely for the pattern. I take lots of sunflower photos. I think Henry Ward Beecher said it well: "He who hunts for flowers will find flowers,
and he who loves weeds will find weeds."

Kim, I love the Henry Ward Beecher quote! I hope you read the blog post about Beecher several months ago. It is interesting to learn more about "celebrities" of Isaac's time that have been forgotten or ignored in the years since.