In Isaac Werner's time there was no television or radio weather report.  People paid particular attention to weather signs, alerting them to changes in the weather.  Isaac paid particular attention to the arrival and departure of migrating birds.  There were almanacs that offered some guidance, and many folk sayings that involved weather.  I still remember "Red sky in the morning, sailors take warning, red sky at night, sailors delight."  My father also had some saying about rings around the moon, but I don't recall that anymore.  Then and now, farmers look to the sky. 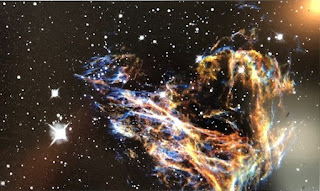 The books and movies with a space related theme are countless, but I have chosen two to highlight.  The first, Solaris, was published in 1961, and has been adapted for film three times.  It was written by Polish author Stanislaw Lem, and although it is science fiction, the philosophical story develops the premise of humankind's inability to comprehend extraterrestrial intelligence.  The story takes place in a distant future where humans engage in interplanetary travel, and the book has inspired popular music, theater, operas, a ballet, and a video game. 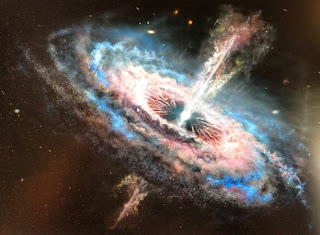 In contrast to the philosophical theme of Solaris, the second book is comedy science fiction that began as a radio program that became so popular it spawned novels, stage shows, comic books, a TV series, a video game, and a 2005 feature film.   The Hitchhiker's Guide to the Galaxy, was published in 1979.   The creator of this strange transformation from radio series to books (and many other things) was Douglas Adams, who once claimed that the title came from his  using the Hitch-hiker's Guide to Europe in his travels.  While lying in a field after a bit too much to drink, looking up at the stars, the idea came to him that someone should write a hitchhiker's guide to the galaxy.  Later, he admitted that he had told that story about the book's title so many times that he no longer remembers whether it is true.
Shifting to poetry, I will  start with the familiar beginning of "The Song of Hiawatha," by Henry Wadsworth Longfellow.  The stanzas are typed without line breaks.

The night is come, but not too soon; And sinking silently, All silently, the little moon Drops down behind the sky.

There is no light in earth or heaven But the cold light of stars; And the first watch of night is given To the red planet Mars.

Is it the tender star of love? The star of love and dreams? O no! from that blue tent above, A hero's armor gleams.

(I hope at lest some of you take the time to read Wadsworth's entire poem.  'The Light of Stars' in "The Song of Hiawatha" is such a beautiful example of inspiration from the stars.) 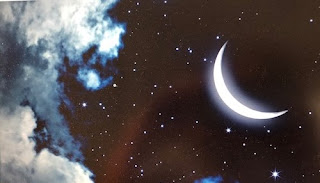 Perhaps some of you were inspired by the winter solstice in 2020, when Jupiter and Saturn appeared closer together than they had been since 1226. Like me, you may have stood in the cold darkness to see the planets seem to embrace.  The poet, Oliver Tearle, wanted to write "a sort of modern-day metaphysical love poem, in the era of social distancing, about the two planets thinking themselves an item..."  Granted, the two celestial lovers aren't exactly Romeo and Juliet, but the theme is romantic attraction...

We are not seen together during the day, keeping our distance, as one must.  We do nothing we should not, at least since centuries back. Such an alignment is best kept for the dark.

(I hope you find "Conjunction: A Poem," by Oliver Tearle online so that you can enjoy his entire poem.)

Your choice of night poetry is perfect.
When I was a kid, I used to lie on my back on the haystack and look up at the stars. This was in winter. I was all dressed for -40 and it was warm cuddled down in the hay. Orion was my favourite winter constellation followed by Cassiopeia.