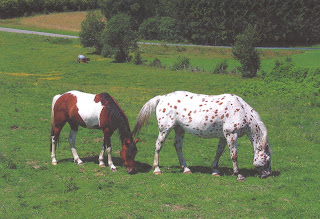 In order to acquire title to a homestead, it was necessary for the homesteader, after staking a claim, living on the land, and making the required improvements, to go before a judge and swear that he or she had lived on the claim and fulfilled the requirements for the mandated period of time.  In addition, he or she had to swear that their intention was to remain on their claim.  The objective of offering free land was to populate the vast open territory in the West, and the requirements were intended to prohibit speculators from claiming land they never intended to occupy, and discouraging those who only claimed a homestead in order to sell it.  Not only were the homesteaders themselves required to swear to these requirements but also they were to bring witnesses.

Isaac Werner was asked by several neighbors to go with them to appear before the judge, under oath, and swear that he had knowledge that the homesteader had fulfilled the requirements.  One of the neighbors for whom Isaac appeared had met all of the requirements of living on and improving his claim for the required time, but he had also made a deal to dispose of the land in a horse swap before having proved up his claim.  Isaac knew nothing about the horse deal when he agreed to appear as a witness for his friend.  When a U.S. Marshal arrested Isaac's friend for lying under oath about having not sold the land before proving it up, Isaac felt, rightfully so, that he had been taken advantage of by a friend.

American laws and traditions place great emphasis on the importance of oaths.  In the case of Isaac and his friend, both men raised their hands and swore to tell the truth and the whole truth.  One lied and the other supported that lie because his oath was based on his honest belief that his friend had met the homestead requirements.  Isaac did not know about the horse deal, and he swore to the truth as he knew it.


I confess.  I have very little patience with or respect for a liar.  Yet, nailing down the "truth" is sometimes not quite a simple thing.  The best simple definition I found for truth is 'that which is in accordance with fact or reality.'

However, a more serious search for a definition leads to Philosophers' definitions and Religious definitions, as well as many specific theories.  Correspondence theories emphasize truth as corresponding to the actual state of affairs.  Coherence theories require fitting the elements within a whole system.  Pragmatic theory holds that truth is verified and confirmed by the results of putting concepts into practice.  Consensus relies on a definition of truth as that which is agreed upon by a group.

As those who follow this blog already know, I often turn to Mark Twain for common sense definitions, and he seems to have addressed lies more frequently than truth, but here are two of his tongue-in-cheek observations.  Truth is the most valuable thing we have.  Let us economize it, Twain suggested.  Elaborating a bit on that theme, he wrote, Familiarity breeds contempt.  How accurate that is.  The reason we hold truth in such respect is because we have so little opportunity to get familiar with it.  Sometimes his humor takes a second to catch his point!

Recent news has involved the decision by the Justice Department to drop the criminal case against Michael Flynn despite his having admitted twice in court that he had lied under oath.  When an interviewer asked Attorney General Barr, who signed off on the decision to drop the criminal case, "When history looks back on this decision, how do you think it will be written?" Barr replied, "Well, history is written by the winner.  So, it largely depends on whose writing the history..."


Again, I turn to Mark Twain for guidance, and he has clearly addressed the point. Anybody can tell lies: there is no merit in a mere lie, it must possess art, it must exhibit a splendid & plausible & convincing probability; that is to say, it must be powerfully calculated to deceive.


Isaac Werner lived in a time when everyone knew their neighbors, yet he managed to be embarrassed by a friend, who put him in the position to support that friend's proof of claim by concealing from Isaac the horse trade.  Today we have so many more resources to evaluate truth; yet, we seem to find it more and more difficult for everyone to agree what truth is.  In closing, I will suggest that sometimes we make things too complicated when the truth is as simple as the definition with which I began--"that which is in accordance with fact or reality."
Posted by Lynda Beck Fenwick at 7:51 PM

Email ThisBlogThis!Share to TwitterShare to FacebookShare to Pinterest
Labels: deciding what to believe, history and truth, lies, Mark Twain, proving up a homestead claim, taking an oath, truth, Twain on lies, Twain on truth

Such a valid commentary on our current state of affairs, Lyn. You always find relevance to today in Isaac's life experiences. I look forward to reading his whole story in your book!

Thank you. Larry and I have had many conversations about how past times share similarities and how they don't. It would make me very proud if you read my book, and I would hope we can find a time to be together for a long discussion about it!