It is disappointing how unaware most of us are of the past, and although I consider myself a history buff, Isaac's Journal led me to more discoveries about the history of my own community, state, and nation than I can count. One of the intriguing discoveries involves the political history of our country in the later quarter of the 1800s, for there are so many similarities to today. As examples: there was a grassroots movement challenging the two established parties, and willing to work within one of the major parties to defeat the other; there were women who became political celebrities, known for their ability to generate great enthusiasm for candidates and issues through their impassioned speeches; and, there was popular opposition among the laboring classes against the power and greed of Wall Street, corporations, and the wealthy. 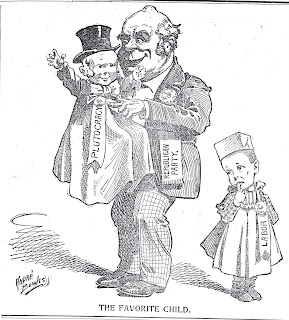 Isaac's personal experiences as a homesteader on the Kansas prairie first made me want to tell his story, but as I read further in his journal, I realized he had experienced and described a significant period in history that is nearly forgotten. As he struggled to create a successful and beautiful farm, coped with falling prices and rising interest, and raised crops that now barely covered taxes and interest on his loans, he personified the economic crisis of other farmers and laborers in America at that time. When he joined the Farmers' Alliance, he was only one of many farmers, factory workers, and other laborers who saw themselves as the producers of wealth that was going into the pockets of bankers, speculators, monopolists, and corporate and Wall Street tycoons while many of the working classes were literally starving. The wealth of the nation was being disproportionately distributed, and technology was displacing workers in ways they struggled to combat, giving rise to public demonstrations and political activity. When newspapers owned or influenced by the wealthy published biased "news," laborers established newspapers of their own. Does any of this sound familiar to what we see on television, the newspapers, and on the internet today? I certainly thought so. 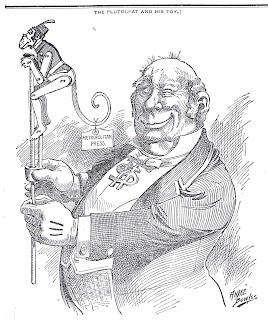 These two political cartoons appeared in Isaac's local newspaper, the County Capital in the 1890s, and both address issues still being argued in media today. Carl Sagan believed, "You have to know the past to understand the present." I agree with Sagan. It is essential that history is taught in our schools, and remembered and referenced accurately by adults, if we are to progress. Yet, George Bernard Shaw reminded us: "If history repeats itself, and the unexpected always happens, how incapable must Man be of learning from experience." Forgotten history, or history intentionally distorted, cannot pass the wisdom learned by one generation to generations in the future. Instead, we are condemned to repeat the inevitable struggles without the benefits of knowing history's lessons.

I hope that by telling Isaac's story, I can bring alive the times in which he lived, and in that way offer a context for history's lessons that will make them relevant today. As David McCullough has said, "No harm's done to history by making it something someone would want to read."

(If you enjoy this post, please remember to add your comments and click on +1 so that I will know what posts you would enjoy more of in the future.)
Posted by Lynda Beck Fenwick at 10:27 PM

If only we were able to avoid repeating the past by reading that which took place.

Unfortunately, too few use that method and only listen to what the various media tell them.