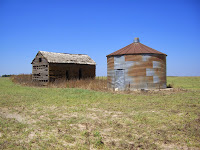 There is an odd thing about time.  When we look at a clock, time seems to be a very definite thing.  Yet, I remember when I was a child and was told something I eagerly looked forward to would happen in an hour, it took forever!  If it was a special occasion several days away, I thought it would never arrive!!  Yet, today when I recall a special event in the past, it seems like only yesterday, and days on my calendar fly by. 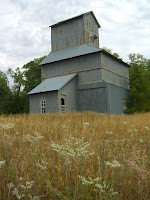 Time has the same impact on words.  Agrarianism in its time referred to a philosophy or political philosophy that placed a superior value on rural society and the independent farmer as a way of living, than was placed on urban society and paid workers.  The imagined simplicity of a rural life was romanticized as more ideal than the complexities of city living.  In America, Thomas Jefferson idealized farmers as "the most valuable citizens," and in Europe John Locke and others reinforced the idea of the Romantic Era depicted in the bucolic paintings of that time.  China also had a philosophy of a utopian society of farmers. 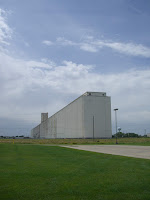 In Isaac Werner's time immigrants fled crowded European cities and places where their lowly station in life seemed inescapable, to seek a new life in America, as uncertain as that life may actually have been.  Once here, many of them  were confronted by the same urban, crowded tenements and wages reduced by the availability of desperate men willing to work for even less. 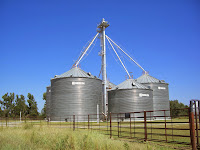 The opportunity to travel West and stake a claim had great appeal, but society was changing, spurred on by the industrial changes during and after the Civil War.  It was this era in flux during which Isaac Werner came to Kansas to stake a homestead and a timber claim.  The image of the "landed gentry" may have motivated many families to stake their claims in anticipation of building a farming dynasty for their children.  Instead, it  became a struggle for survival.  America had transformed into three classes--the Wealthy, whose lifestyles gave us the term "The Golden Age," the new Middle Class in towns and cities who lived comfortably 'in the middle' between great wealth and a struggle for survival, and the Working Classes of farmers, miners, small ranchers, and laborers.

As a result of that economic shift, "Agrarianism" took on the meaning of political theories involving land redistribution.  Some governments around the world seized land from the rich and distributed it to the working poor.  In America during Isaac's time a popular author, Henry George, advocated abolishing land ownership altogether and instead having land rent.  Land could not be bought and held as an investment, but it could be rented, and improvements to the land and what was produced on the land would not be taxed, with the land rent replacing taxes.

Today agrarianism is a word with a small "a," used primarily as a way to describe farm life in a positive, somewhat idealized way.  It tends more toward a philosophical or literary theme, with a hint of political thought from the past.

So why did I choose grain elevators from four different eras to illustrate this blog?  My point is, time is relative.  Some of you who follow my blog remember the small grain bens or wooden granaries at every farm.  Later, successful farmers with more land might have their own grain elevator and towns had small elevators like the one in the second image.  By the mid-century the huge concrete elevators towered over the plains, glowing in the sunlight in pristine white.  What had once seemed irreplaceable was not, and the concrete elevators are graying and cracking as huge metal bins replace them, both commercially and on farms whose own production requires massive storage.

Things that once seemed eternal disappear and often, as it happens, we hardly notice.  Time moves on, and to the young it moves more slowly than it moves for the elderly.  Perhaps that is because the young have less to remember and more years ahead to expect.

Looks like we both have graneeries on our mind. My next post will be about grain handling on the farm. The Canadian grain industry is based on on-farm, farmer-owned storage. The era of wooden elevators saw grain companies storing grain owned by the Canadian Wheat Board, then eventually went from making their money on storage, they began making it on throughput. That is the modus operandi of our big concrete terminals - to collect grain fast enough to fill 100 to 200 cars at one time.
The glorification of Agrarianism is like the glorification of the American Dream. So long as the rich and powerful can keep people believing in it, they will "work for nothing and board themselves" as the saying went.